Before supermarkets and corner stores provided the bulk of the food, humans grew their own in the backyard. Many also grew herbs to enhance the taste of their baked and cooked goods. Although times have changed, I keep several pots of herbs on the kitchen windowsill to use in soups, scrambled eggs and other dishes. It’s fast, convenient and inexpensive. 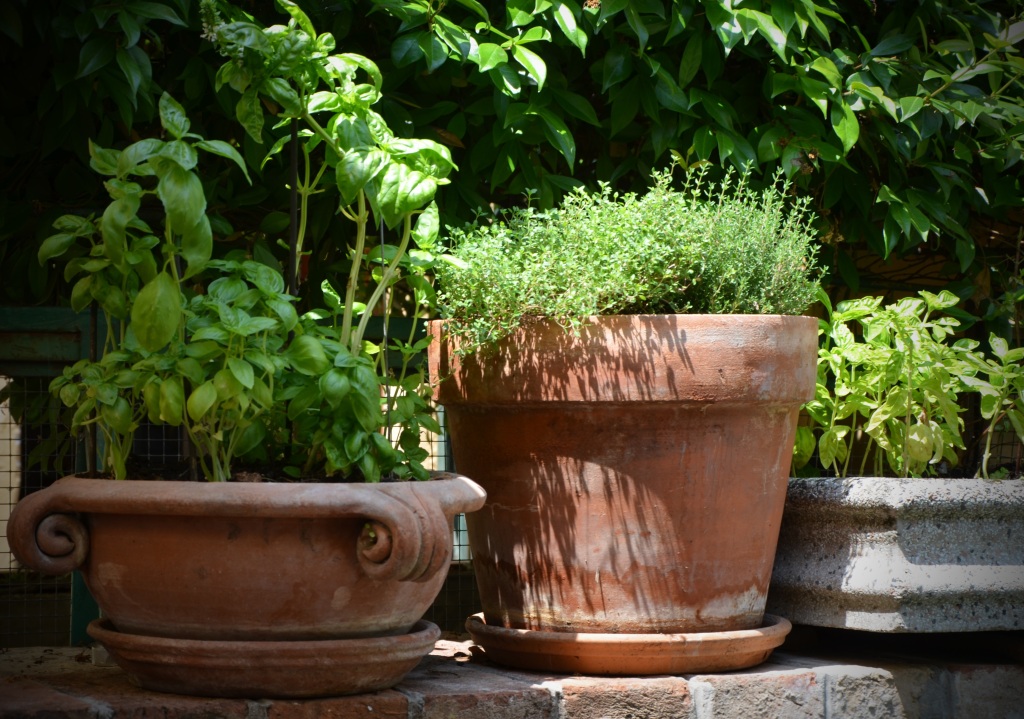 Given that the Castle Keepers series takes place in an archaic time, it’s no surprise potted herbs grace the windowsills of many homes, including that of Alaura of Niamh and Bronwyn Darrow.

When Liam Jenkins visits, he makes note of this.

“Liam.” Alaura nodded her head towards the kitchen. “Let’s allow them to talk. I’ll get you a drink of water.”

He lifted Isla by the hips and squeezed past her to follow Alaura down the short hall. The compact, eat-in kitchen was perfect for a small family: two parents, two kids. It was similar to his dwelling when he was young. It even had a pot of herbs on the windowsill. He pushed the memories from his mind; he didn’t want to think about that time.

Alaura poured a glass of water from a pitcher kept near the back door and offered it to him.

“Thank you.” He took a sip and remembered the flavour of Maskil water. It tasted sweet compared to that in Wandsworth.

“It’s good to see you well.” She leant against the countertop, and her gaze swept around the kitchen.

“I was surprised when Isla told me you were livings here.” He took another drink. “I thought you’d have moved to Petra or another place.”

“I thought you were only friends, but Isla knew. She told me so, but I didn’t believe her. I mean, you pushed him into the lake.”

She laughed. “She’s perceptive, and that was an accident.”

“She knows your history?”

He shrugged. “She knows me. She trusts me.”

“She still likes you?”