Today is the last day to take advantage of grabbing your eBook copy of Healing Stones, book 4 of the Castle Keepers series, for 99 cents. Tomorrow, it will return to its regular price of $2.99. 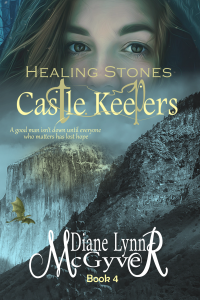 THE SUN HAD BEEN up for more than three hours, yet it had hidden behind billowy white clouds much of that time, stealing heat from the land and casting much of it in shadow. The cool temperature forced Isla of Maura to pull her jacket from her saddle bag. She didn’t bother buttoning it; it was a warm day with a chill that would depart as soon as the sun peeked from behind the clouds. She’d be warmer if she did something other than stand next to the cold firepit and listen to McGuigan and Lyneth argue about the best route into Moonsface.

The obvious way, the one that took them directly into the large village on Blue Myst River, was the one McGuigan wanted to take, but Lyneth, who had been to Moonsface many times, insisted they take the narrow path around the collection of knolls. It’d add at least an hour to their travel time. Isla didn’t care which course they took; she wanted to mount her two-bit horse she’d bought with money earned from tedious work and get moving. If they argued for another ten minutes, they’d have already travelled halfway through the long way.

“Everyone travels the main road.” Lyneth, a woman of both human and elf blood, stood taller than McGuigan.

“You’ve said that.” McGuigan Mulryan, who felt he should lead the party of three, stood on his toes to add height to his dwarf size. “It’s a waste of time.”

“I’ll tell you what’s a waste of time,” said Isla, throwing her arms into the air. “Arguing.” They glared at her, and she hung her head. She was youngest, least experienced, yet she had chosen their destination: Wandsworth. Lyneth was oldest, wiser about The Trail and had travelled this area of Ath-o’Lea before; she should lead the excursion. McGuigan’s ego prevented him from accepting this fact.

After spending six weeks at Maskil recovering and reacquainting herself with home, they’d set out for the large city of Wandsworth with the hope of finding her long-lost friend, Liam Jenkins. He’d been sent there more than six years earlier after his das had been killed. His meeme had been murdered on the journey, leaving the boy, only thirteen years old, to live with his aunt and uncle, relatives he’d never met.

To finance their journey, they’d brought three packages, ones that needed to be delivered discreetly to shops in Moonsface. Lyneth, being the more experienced fighter, carried these packages in her rucksack.

The argument circled around to what had already been discussed, and Isla huffed and dropped to the large rock to sit and wait out the debate. Hearing a noise in the bushes, she looked to where the horses stood. She blinked, bringing the scene into focus. Someone mounted her horse, kicked it in the side and raced towards Wandsworth. 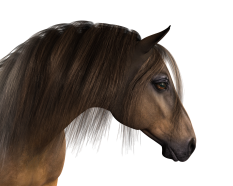 She leapt onto McGuigan’s horse and sped after the cloaked figure. For five weeks, she’d tolerated her aunts’ teasing and comments about her wardrobe to earn the money to get that horse; no one was going to steal it from her. She kicked McGuigan’s horse, making it gallop, but her horse was faster and quickly out-paced her. They ran for a good five minutes, and she feared she’d lose the money she’d invested in the animal. She cursed under her breath, dreading the idea of having to work again to get another.

When she rounded a corner, she brought McGuigan’s horse to a sudden halt, sliding and spraying dirt into the air before the gang that blocked the road. Her eyes grew wide as she realised she’d ridden into a trap. Ready to change direction and flee, she saw the man who’d taken her horse baulk and search frantically for an escape route. Feeling trapped, he stopped the horse and put his hands in the air.

“I mean no harm.” The man’s voice quivered, and he flung the cloak from his head, revealing long brown hair tinted with shimmering green. The young elf glanced nervously between Isla and the four heavily-armed men and their bulky horses that blocked his path.

“Except you stole my horse,” yelled Isla, wary of the large humans leering at her. She prepared to bolt if the exchange went badly.

“A horse thief.” The human with black hair, a healthy tan and a deep scar that ran from his left eyebrow to his cheek smirked. “Interesting. But not what we seek.”

“It’s what I seek.” She put her foot on the young elf and gave him a shove, knocking him out of the saddle. He hit the ground hard and sent clouds of dust into the air. She grabbed the reins of her horse and turned. “Thanks for blocking his path.” She started away, hoping they’d let her leave without dispute.

“A moment, please.” The man with the scar spoke in a harsh tone.

“We seek someone. Perhaps you’ve seen him…being a hauflin yourself.”

“Who do you seek?” She waited as he allowed the appropriate amount of time to pass to keep her in suspense.

“A man. Brown hair. Brown eyes. Young, like yourself. Maybe you passed him on your journey.”

“The hauflin men I’ve met on The Trail were at least twice my age. Where’s he from?”

“I know no one from Wandsworth. This is the first time I’ve been to Moonsface, and I haven’t gotten there yet.” She frowned at the boy who dusted dirt from his trousers. “Thanks to this thief.” She prepared to leave, not wanting to waste time with strangers who rose hairs on the back of her neck. His description of the male hauflin matched most she’d met, including Arthur. The ex-friend brushed her mind, and she forced him out. She searched for another who had strummed her heart strings long ago, and she’d not know who to sing for until she’d found Liam and listened to his song.

. . . continue to read the first chapter.

Pick up the eBook today at Amazon: 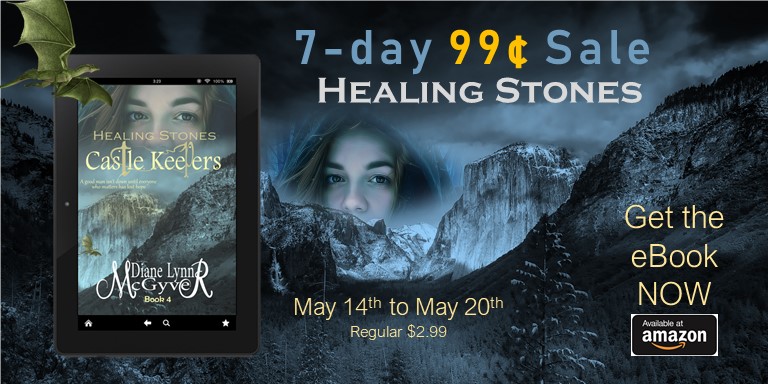